Josh is six months sober. He is finally feeling the confidence to branch out and insert himself in a social situation and test the waters. At dinner with some acquaintances, Josh orders a soda much to the surprise of the others. Without much hesitation, Josh discloses that he is an alcoholic and quit drinking. He shares a sobriety coin with the group and receives unbridled support and praise for his courageous journey.

Like Josh, Derek is also six months sober. He is at a social gathering and his friends decide to watch a rather risqué television show that everyone is talking about. Because he is among friends, Derek takes a risk and discloses that he is a sex addict and is not supposed to watch those types of shows because of potential triggers and the risk of relapse. You could hear a pin drop in the room. This reaction caused Derek to regret coming forward with this disclosure, and he awkwardly excuses himself.

These two different reactions to addiction illustrate that not all recovery is created equal. Unfortunately, most laypeople do not know what sexual addiction is much less how to deal with it if it affects them or others they know. Although sexual addiction has received some high-profile exposure with movies such as Don Jon and celebrities Tiger Woods and David Duchovny revealing that they are addicted to sex, the issue still remains foreign to most.

What is sexual addiction?

In his book Out of the Shadows: Understanding Sexual Addiction, Patrick Carnes, an expert on sex addiction and treatment, defines sexual addiction as “any sexually related compulsive behavior which interferes with normal living and causes severe stress on family, friends, loved ones and one’s work environment.” This behavior can manifest in a variety of ways, including the overuse of pornography, promiscuity, infidelity, paid sexual encounters and a high frequency of sex (even within a committed relationship).

There are several stereotypes that often come to mind when people hear the term “sex addict.” Sometimes the term is used synonymously with sex offender, and although the two terms can certainly coexist, they can also be mutually exclusive. Many people think a sex addict is that creepy-looking person they tend to avoid, the person who is unsuccessful in pursuit of relationships, the social outcast, the person without means and resources, or the person with the corny pickup lines in bars. And although all of these descriptions could be part of a sex addict’s profile, focusing on stereotypes is an antiquated and closed-minded way of thinking, especially when it comes to understanding sexual addiction.

I treated sex offenders on an outpatient basis for 26 years. If I learned one thing, it was the fact that these individuals came in all shapes, sizes, colors, genders and socioeconomic backgrounds. Often, it was the unassuming person, ostensibly the harmless law-abiding type, who was committing the most heinous crimes. A sex addict can be your “happily married” neighbor, your pastor, a doctor, a lawyer, a man or a woman. Sexual and gender orientation are also not factors that determine sex addiction. In other words, this issue does not discriminate, and neither should we in our attempts to understand and/or treat it.

Twelve-step programs emphasize the need to completely abstain from the identified problematic behaviors, but this philosophy is not as straightforward as it sounds when it comes to sexual behavior. Instead of educating people about healthier sexuality, some recovery movements emphasize complete abstinence of sexual behavior, outside of marriage and committed relationships, which results in extreme pressure and self-imposed guilt and shame. Carnes coined the term “sexual anorexia” to describe the shame-based and unhealthy avoidance of sexual behavior. People often avoid even discussing sex and sexual problems, but this same approach should not be used when clinically treating problems in sexual behavior.

While sexual addiction does parallel other forms of addictive behavior, it is also quite different. All people have a libido. Granted this exists to varying degrees, but it is there, and as humans we possess it. Sexual behavior and reproduction rituals also exists in various levels of the animal kingdom. Creatures that can reproduce asexually such as worms also elect to mate with other worms as another reproductive option. Therefore, when approaching the problem of sexual addiction, I believe it is our duty to conceptualize it knowing that sexual desire is a common denominator (at various levels) among both humans and animals. The fact that sexuality is a core part of the human experience explains why categorically it is different from other types of addiction such as alcohol and substance use, gambling, and shopping. Sure, there is a strong argument for genetic predisposition, but not all people are genetically predisposed to addiction. Sexual addiction is not a cookie-cutter issue, so I feel it cannot be dealt with via thought extinction, complete behavioral abstinence and a pathologizing mindset. Later in this article, I discuss some treatment approaches that encompass both the similarities and differences of other addictions.

What are the signs?

Looking at the behavioral manifestation and realizing how the behavior shows up is one important aspect when determining if someone is struggling with a sexual addiction. Understanding what drives the behavior is also crucial. Having said that, I am not professing to have a recipe for recognizing someone with a sexual addiction, but there are telltale signs. Common personality traits seen in sex addicts are obsessive thoughts, impulsivity, shame, depression, maladaptive coping methods for perceived losses of control, poor communication skills, high risk tolerance for sexual behavior and a hyperactive focus on sex. Any one or combination of these traits is often seen in cases of active sexual addiction. 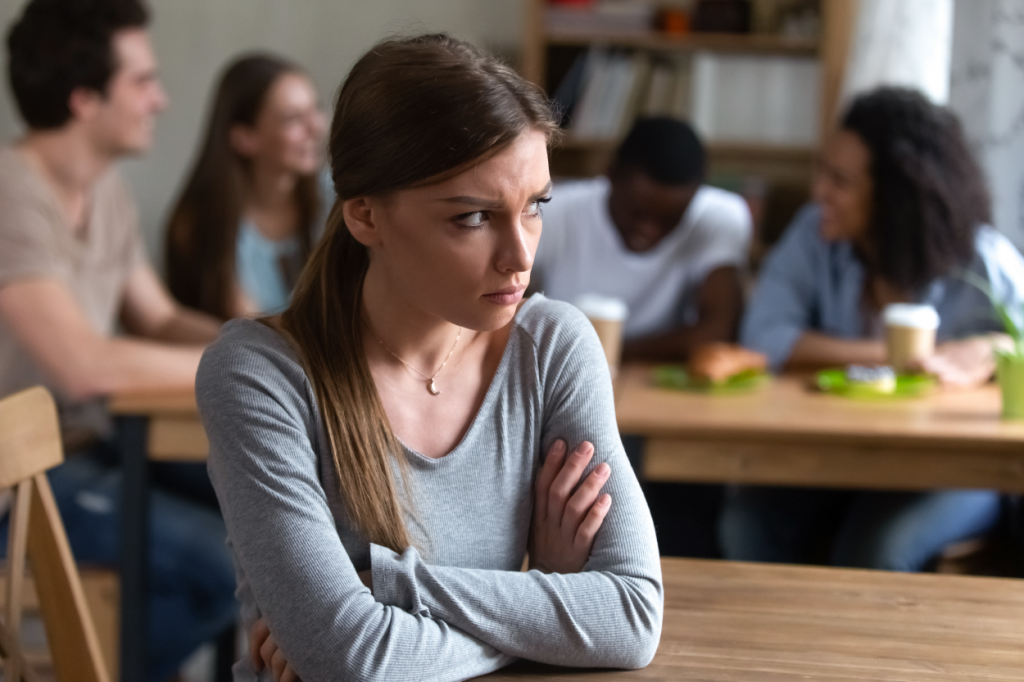 Sexual addiction is considered a process or behavioral addiction. Process addictions, which also include excessive shopping and gambling, are marked by a strong desire to engage in behaviors despite the potentially negative consequences. Thus, the elevated mood associated with addictions, albeit temporary, is often viewed as the elixir for troubling life circumstances and unwelcomed thoughts. The addict is vigorously chasing this elevated mood, but the behavior of engaging in the addiction is often followed by intense feelings of guilt and shame. In my work with sex offenders, I often used the term “transitory guilt,” which is a short-lived guilt that is very intense in nature and not manageable to carry around in one’s mind, to describe the offensive cycle of behavior. A myriad of thinking errors or cognitive distortions are used to decrease and eventually eliminate the guilt, thus putting the offender in a position to reoffend. This process is similar to what sex addicts experience, but it is even more accelerated because the actual guilt and shame process decreases in duration throughout the life of the addictive behaviors.

I’m sure many readers are already aware that sexual addiction has a serious impact. I can say without hesitation that it has the potential to be a relationship and life wrecker, and it often does just that. For the addict, sexual addiction can result in relational, legal and financial consequences. It can also cause someone to experience shame, low self-worth, depression and anxiety.

Sexual satiation perpetuates the addictive process by propelling it into deeper and more deviant places. A pornography addict, for example, might “upgrade” to impersonal sexual encounters, and then impersonal sexual encounters may lead to illegal sexual acts, such as voyeurism and exhibitionism. The addict’s objective is to continually seek gratification when the usual sources have lost their luster, so to speak. And pornography use can also complicate one’s ability to become aroused. The degrading and other unrealistic themes depicted in pornography create highly distorted expectations of what should occur within the context of real-life sexual relationships, thus rendering the addict incapable of arousal in those situations. This can also lead to men experiencing pornography-induced erectile dysfunction because the sexual outlets that are supposed to be acceptable and appropriate no longer elicit arousal.

Someone’s sexual addiction can also affect their loved ones, friends and work. The partner of a sex addict, for example, may feel disregarded, betrayed, devalued, replaced, insufficient and so on. If the additive behavior manifests in the workplace, the employer may have to terminate the person because the addictive behavior is affecting their work productivity.

The internet, dating apps and virtual reality have ushered in a new world of opportunities for the sex addict. The saying “a kid in a candy store” has never been more applicable as it pertains to the anonymity, accessibility, variety and cost-free options that technology provides. Not only does television media inundate viewers with a “sex sells” approach to advertising, but the internet provides a wide array of sexual options at one’s fingertips. These factors certainly present added layers in the creation of a solid and effective recovery/treatment plan.

I personally believe that a clinician treating someone with a sexual addiction should have some level of clinical experience in this area. Counselors should not venture into this arena because they think it is interesting or they want to learn along with the client. This could be significantly more harmful than helpful and could lead the client and all those associated with the client down the wrong path. At the very least, a background in addictions or forensic psychology should be a qualification. Counselors can also receive training and specialized certifications in sexual addictions, such as the certified sex addiction therapist program at the International Institute for Trauma and Addiction Professionals, which was founded by Carnes. The bottom line is that if you have zero experience working with this population, you should refer accordingly and seek training if you want to work in this area.

Providing clinical treatment for sex addicts involves first conducting a thorough assessment of the identified circumstances. You must also gather an extensive social history with relevant collateral contacts. Remember, the addict’s point of view is not the only one; family members, friends and other treating professionals may have relevant data to offer. Examining the addict’s personal motivation for change, patterns of acting out, trauma history and other addictive manifestations are other crucial areas of exploration. And for those in relationships, it may be necessary to refer the significant other for services to address their trauma.

Here are some other core clinical strategies counselors can use when working with sex addicts:

Collaboration within care is important with this population. Make no mistake about it: Treating a sex addict in a vacuum is not clinically recommended. As clinicians, we have to embrace our inner case manager to keep up with the demands of this work.

And remember, we play an important role in helping clients who are struggling with sexual addiction. With counseling, they can learn that sex is not a bad thing and that they can experience it in a healthy way.

Scott Stolarick is a licensed clinical professional counselor who has been practicing in the state of Illinois for 30 years. He is an experienced administrator and clinical supervisor as well as a seasoned clinician. Scott has management and leadership certifications from the University of Notre Dame and Cornell University. Scott is currently a program director for Arbor Counseling Center in Gurnee, Illinois.