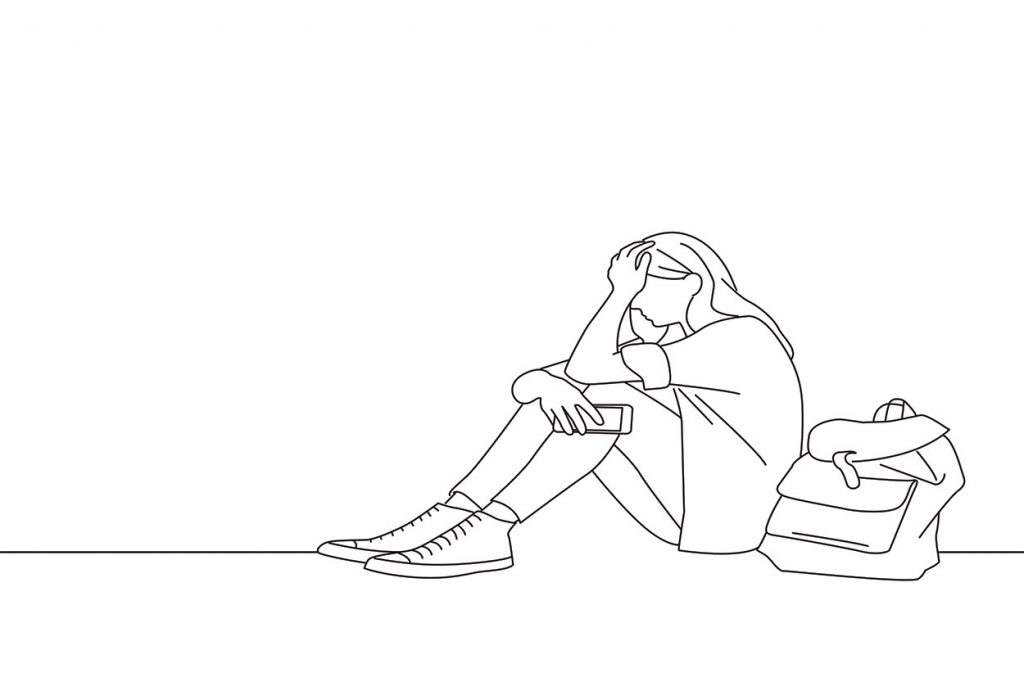 My client was a 19-year-old female presenting with anxiety. She had just started college, and her anxieties had led to trouble concentrating and making friends, and they sometimes kept her awake at night. She was also troubled by the fact that until recently, she had been easygoing and didn’t get ruffled quickly.

The client was a child of a missionary family, and for over a decade, she had lived in South America. But she was born in the United States and had spent nearly all her grade school years in a rural community on the east coast where she now attended college. She and her family also made regular visits back to the United States during those ten years when she was living abroad.

One would have thought that returning to the United States for college after spending the last 10 years in South America would have been an easy transition for her. After all, she was already an easygoing individual, she functioned well in her adoptive culture, and she never had any issues on her sabbaticals home to the United States. But it wasn’t easy, and she couldn’t understand why.

But I had an idea.

When she left the United States, she was only nine years old. The world she knew was long gone because of the passage of time and her own development from child to adult. On top of that, in her visits back to the United States, she spent most of her time looking up old friends or enjoying the company of relatives until her trip was up and she had to go “home” in South America.

As a white girl with blond hair, she was an anomaly in Ecuador. She lived in a community where English wasn’t spoken. Although she spoke Spanish without much of an accent, it was still not her first language. She was not a true Ecuadorian.

But when she returned to the United States, she also discovered that she was not a true American either. Being gone most of her adolescence, she had missed 10 years of acculturation. TV shows, movies, music and cultural events were just some of the things she couldn’t relate to. It was like she walked into a very long movie just at the end; she didn’t know what was going on around her.

My client was what is referred to as a third-culture kid — people whose identity is influenced by their parents’ culture and the culture(s) in which they are raised. Third-culture kids are often the children of missionaries, nongovernmental organization workers or military families. My client obviously didn’t totally belong to the guest culture (Ecuador), but she didn’t belong to her home culture anymore either. Not every third-culture kid’s experience, of course, is as stressful as my client’s. Most of her stress stemmed from the fact that she was not prepared for feeling like an outsider in her home culture.

Transitions from one culture to the next are easiest when the cultures are similar, when the visit is short, and — as is often true for Americans — when they take U.S. culture with them. When I hear about someone from the United States traveling abroad and I learn that they stayed in American hotels, ate American food and spoke nothing but English, then I know they took America with them.

But for missionaries and NGO families, living on the economy almost necessitates diversity of culture, longer stays, and an inability or lack of desire to take America with them. The “American” stands out and may take years to be thought of as an insider.

At the same time, attempting to gain acceptance in the chosen culture by default also means leaving one’s home culture behind. Third-culture individuals are like ships without a flag.

In our never-ending attempts to improve our understanding of diversity, it would be easy to overlook third-culture kids. Based simply on appearance, people may not realize someone is a third-culture kid. I could have easily missed the significance of my client’s third-culture status and focused only on her anxiety. That would have, at best, slowed down her healing.

Recognizing that she was really neither American nor Ecuadorian helped her understand why she didn’t seem to fit in a culture where she looked like everyone else. This realization was the beginning of her developing coping strategies that worked quickly and helped her symptoms of anxiety abate.

Large international agencies often employ mental health workers to assist their personnel when they transition to a new culture as well as when they are ready to transition back to the United States. But smaller agencies such as the one my client was associated with may leave navigating this transition up to the individual, which is what happened to my client.

When I was a graduate student in the 1980s, “diversity” generally focused on issues of race. Fortunately, our thoughts on diversity have evolved since the 1980s, but we still have a long way to go. And we can start by recognizing overlooked areas of diversity, such as third-culture kids, and developing strategies to help them.

Read more on the nuances of counseling third-culture kids in a recent article from Counseling Today: “Growing up between cultures”