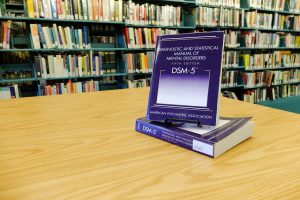 Traditionally, our holistic emphasis on a wellness model as opposed to a medical model has been touted as a unique aspect of our professional identity as counselors. Many counselors feel more comfortable with humanistic, existentialist and postmodern theories that seem to clash with the medical model. The Diagnostic and Statistical Manual of Mental Disorders (DSM), published by the American Psychiatric Association (APA), is one of the most salient symbols of that model, so why should we care about it?

The ability to diagnose using a medical model is integral to much of what we want for our profession, such as Medicare parity, licensure portability, fair and equal access to psychological tests, and integrated care. For this reason, counseling associations have advocated relentlessly for state legislators to include the diagnosis of mental disorders in the scope of practice of licensed counselors.

This diagnostic power conferred by the state comes with great responsibility, and the 2014 ACA Code of Ethics calls on counselors to diagnose properly (see Standard E.5.a.). The DSM is the most widely recognized diagnostic system for mental disorders. Although the DSM is imperfect and flawed, and there are alternative ways of conceptualizing mental health, it is nonetheless important for counselors to have a working knowledge of it.

In the following sections, I explore some common questions counselors have about the latest edition, the DSM-5-TR, which was published in May.

The “TR” stands for “text revision.” Essentially, this means that APA intended to update the research components of the text and clarify some of the diagnostic criteria, but there were not enough advances in the field to support the need for the creation, revision and elimination of multiple disorders. The DSM-5 was published in 2013, and the research and statistical data contained in the manual are now outdated. The DSM-5-TR provides updated data consistent with research published since 2013.

How was DSM-5-TR developed? Were any counselors involved?

The DSM-5-TR revision started in the spring of 2019, and the final version was published in March. The DSM-5-TR specifically includes counselors in a list of professionals the text was written for, but were any counselors involved in the revision itself?

Three primary groups were involved in the revision, including the DSM-5 Task Force, DSM Steering Committee and Revision Subcommittee. Experts were divided into 20 disorder review groups, each headed by a section editor. Four cross-cutting review groups (culture, sex and gender, suicide, and forensic) recommended updates throughout the text. Revisions were approved by the APA Board of Trustees, and public feedback was solicited and considered.

Are there any new disorders in DSM-5-TR?

There is only one new disorder in the DSM-5-TR: prolonged grief disorder. It is an updated version of a disorder that we saw in Section III of the DSM-5 (i.e., the section that describes conditions being considered for future editions of the DSM) called persistent complex bereavement disorder. It can now be found in Section II of the DSM-5-TR in the “Trauma and Stressor-Related Disorders” chapter because it is considered a reaction to a trauma or stressor.

The diagnosis of prolonged grief disorder is conceptualized as an intense longing or yearning, often with intense sorrow and emotional pain, for a deceased person close to the bereaved client, accompanied by preoccupation with thoughts or memories of the deceased person. It can only be applied if:

Its prevalence is unknown, but the DSM-5-TR references a rate of 9.8% with little clarity about that statistic (i.e., whether it is cross-sectional or a lifetime or perhaps 12-month prevalence rate).

Critics of the new disorder voice concerns that grief is being pathologized. Proponents, however, point out that only a small percentage of bereaved clients would meet the diagnostic criteria, the criteria clearly represent an unusual response to grief, individuals who meet criteria respond to specialized therapeutic approaches (i.e., prolonged grief disorder therapy) while their peers with uncomplicated bereavement require less intervention, and those individuals need professional help that might be difficult to access without the construct of a diagnosis.

What about racism, discrimination and cultural considerations? Anything new?

A cross-cutting review committee on cultural issues consisting of 19 U.S. and international-based experts in cultural psychiatry, psychology, and anthropology and an ethnoracial equity and inclusion work group of 10 mental health practitioners from diverse ethnic and racialized backgrounds with expertise in disparity-reduction practices were involved in the development of the DSM-5-TR. Because of their work, several semantic changes were made to the text, including the following:

What other disorder-related changes were made?

Some relatively minor changes (most of which are semantic) were made for a few other disorders. In my opinion, one of the most important changes involves the creation of diagnostic codes for suicidal behavior and nonsuicidal self-injury, which will allow for more effective tracking of these conditions. Other changes include the following:

What changes were made to Section III in DSM-5-TR?

Section III of the DSM-5-TR contains emerging measures and models relevant to the diagnosis and conceptualization of mental disorders. Specifically, it contains several free assessment measures that counselors can use in clinical practice, additional information on cultural considerations for diagnosis, an alternative model for personality disorders, and conditions that are being considered for adoption in future revisions of the DSM. Changes made to Section III include the following:

Given that the DSM-5-TR contains a new diagnosis and updated research, I recommend obtaining a new copy. However, if you are not concerned with prolonged grief disorder and you do not use the statistical information in the DSM, then you may not have a sense of urgency to purchase the new edition.

Where can I go to learn more?

Here are some resources where you can learn more about the DSM-5-TR: 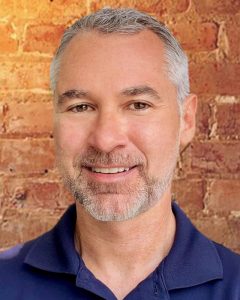 Aaron L. Norton is the executive director of the National Board of Forensic Evaluators, a visiting instructor at the University of South Florida’s Department of Mental Health Law & Policy, and the southern regional director for the American Mental Health Counselors Association.