Le’Ann Solmonson, a licensed professional counselor (LPC) who owns a private practice in Nacogdoches, Texas, once worked with a teenager who was continually grounded by her parents. The client, a high school senior, was brought to counseling by her parents, who saw her rule-breaking behavior as the presenting concern.

The family was stuck in a repeating pattern where the teen would break her curfew and the parents would respond by grounding her and taking away her car and cell phone for a month to cut off all her social activities outside of school, Solmonson recalls. As soon as the punishment was lifted and the teen regained her freedom, she would immediately break her curfew, only to be grounded again.

Solmonson focused on strengthening the teen’s decision-making skills in counseling. However, she says it was equally — if not more — important to offer psychoeducation to the parents on the developmentally appropriate needs of adolescents, including social connection with peers. 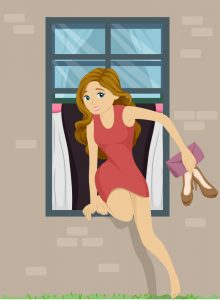 The parents did not understand that being grounded and cut off from social activities for a month is “forever” in the life of a high school senior, Solmonson says.

She worked with the parents and teen to create a plan for privilege restriction that gave the teen incentives to work toward, rather than a lengthy and complete shutoff of her freedoms. Whenever she broke curfew, the teen would be grounded without access to her car or cell phone for one week. After that, she was given access to her car to drive to school and other activities without friends as passengers. As the teen learned to respect the boundaries her parents established, she was gradually allowed to attend school football games and other events that were pivotal in the social life of a teenager.

The flexibility and freedom of this new plan further strengthened the teen’s decision-making skills on her own. In turn, the parents better understood their daughter.

Counselors are often “put in a hard spot,” Solmonson admits, because they can easily see patterns and reasons why rules and boundaries aren’t working in families where the parents and an adolescent child are at odds. For this young client, the parents’ punishments were too stringent, which curtailed any chance for the teen to learn to make better decisions on her own.

The counselor’s role, Solmonson says, is to help both parents and teens explore the factors that contribute to the child’s rule-breaking behaviors and meet in the middle to give the teen enough autonomy to mature and learn as they go.

Skill building in areas such as communication, listening and distress tolerance is an essential part of counseling for teens and parents who are in conflict. Disagreements often arise over boundaries, and a key first step, Solmonson says, is to talk with parents about the importance of keeping an open dialogue with their child(ren) about the rules they set, including the context of why they’ve established them.

These conversations ensure that both parents and child have an opportunity to listen and voice their feelings even while the parents retain their rule-setting authority, Solmonson notes. She coaches parents to use phrases such as “This is the reason our family does (or doesn’t do) that,” “These are the reasons why this is the limit” or “I’ve given you my reasons and I understand that you don’t like my reasons and don’t agree, but we’re still going to do this.”

“One of the most important things parents can do is give their child a voice and make it clear that they’re open to hearing what they think,” says Solmonson, the immediate past president of the Association for Child and Adolescent Counseling, a division of the American Counseling Association.

A focus on context can also be helpful for parents who see their child’s rule breaking as the root of conflict in the home. Hayle Fisher, a licensed professional clinical counselor (LPCC) and director of adolescent services at a behavioral mental health provider in Mentor, Ohio, says she often spends time equipping parents with skills to identify what is and isn’t risky behavior. This can be especially helpful for parents whose worries are based on past experiences such as suicidality or self-harm in a child, notes Fisher, who runs her practice’s intensive outpatient program for adolescents as well as a counseling group for parents focused on navigating family challenges with teens.

For example, parents may blow up in anger when they find out that their child has used marijuana or become sexually active. A counselor can offer psychoeducation to parents that while it’s common for teenagers to experiment with substances, signs that indicate it’s a problem are when a teen is overusing a substance, using it to cope, driving under the influence, selling the drug or engaging in other illegal activity. Similarly, exploring one’s sexuality can be a normal part of adolescence, but engaging in risky behaviors such as having unprotected sex is a red flag.

Fisher uses the acronym FIDIL (sounds like “fiddle”) that she learned while in graduate school to help parents consider the full context of their child’s behavior and decide whether it’s risky. This method prompts the parent to look at:

These questions also prompt parents to think more deeply about the reasons why their child is engaging in a behavior and to identify needs the child has that are going unmet, Fisher notes. The hope is that parents will come away with increased empathy for their child and the desire to help them make behavioral changes in a supportive way.

“A lot of the time, the fight is over ‘I found cannabis in your room’ rather than the reasons why they’re using,” Fisher says. So she sometimes poses the question to the parents: “Why do they feel the need to engage in this behavior? Even if all their friends are doing it, why are they?”

Consequences must be appropriate for adolescents, but they also need to be consistently enforced.

Marcy Adams Sznewajs, an LPC who counsels teenagers and young adults at the therapy practice she co-owns in Beverly Hills, Michigan, finds that parents sometimes backslide or waver on the penalties they create because they either feel the punishment was too strict or feel bad about enforcing it. Not only does this pattern send a mixed message to the child, but it also sabotages the work Sznewajs does in counseling to foster young clients’ decision-making skills.

In these cases, it may be necessary to discuss with the parents the need for clear communication and consistent expectations for their child, Sznewajs says. She explains to parents that her role is to help their child grow and build skills, and that can’t happen when situations are fixed for the child before they can learn from them.

Sznewajs once worked with a teenage boy who, upon leaving home to attend college, began to use marijuana and failed two classes in his first semester. His parents gave him an ultimatum: They would take his car away if he didn’t start passing his classes and get a job, or he would need to come back and live at home.

In his second semester, he continued to fail his classes and didn’t get a job either, so the parents took his car away. In counseling, Sznewajs prompted the client to explore his values, including his desire to get an education, and think about choices that he could make differently to re-earn his parents’ trust.

In the next session, the client reported that his parents had given his car back after one week because they felt bad that he was struggling to get to class without it. The client lost an opportunity to problem-solve, Sznewajs notes, and the parents’ inconsistency made her job “infinitely harder.”

Ultimately, she had an honest conversation with the parents about the need to be consistent with consequences for their child so that he can learn to cope with challenges.

“It’s not my job to tell a parent what to do. It’s not appropriate to point out that I don’t think they’re doing the right thing,” she says, but “having boundaries set and then discarded gives a really inconsistent message to the child and does not help them cope with difficult situations. It doesn’t help them make better decisions.”

When seeing an adolescent client in a session with their parents, Solmonson often finds it helpful to moderate discussions about boundaries by prompting them to create two lists: one for rules that are negotiable and one for rules that aren’t. This activity allows both parties a chance to voice their feelings, give feedback and collaborate with her in session to guide the process.

For example, the family may decide that curfew is negotiable, depending on what the teen is leaving the house for and whether it’s an organized event with a set ending time. Or parents may agree not to dictate who the teen befriends so long as they’re making good choices when they’re with those friends, and the parents will only intervene in instances when the teen makes bad choices.

Examples of nonnegotiable rules that families have agreed on include not having drugs or illegal substances in the home and never sneaking out of the house without the parents’ knowledge, Solmonson explains.

“When you find things that you can negotiate on, it gives the adolescent a sense of empowerment and a sense of control over their own life,” Solmonson says.

It’s natural for children to begin to seek more autonomy as they reach adolescence, but this aspect of development often causes friction between parents and children.

For many parents, behavior that is within the family’s rules “feels safe,” whereas rule breaking can feel like a rejection of the parents, says Martina Moore, an LPCC and counselor supervisor who is president and CEO of an outpatient treatment center for co-occurring disorders in Euclid, Ohio. The heart of what sparks disagreements with children during this stage is fear.

Parents feel discomfort when they don’t have the relationship with their child that they’ve always pictured, or when the child is not fulfilling the ambitions and hopes the parents had for them. Parents often overcompensate with strict rules to try and find control, notes Moore, the president of the International Association of Marriage and Family Counselors, a division of ACA.

Moore uses these situations as an opportunity to foster discussions with parents about the vision they have for their child versus the vision the child has for themselves. She encourages parents to ask their child what they want out of life – a question that many parents have never considered before, Moore notes.

She empathizes with parents while addressing their fear directly, telling them, “What you’re afraid is that they [the child] are going down a path that derails the hopes you have for them.”

“We see the world as a scary place that can be so unforgiving that we get really fearful of what’s going to happen with our children,” she adds.

Solmonson says that she encourages parents to focus on connecting with their child despite the disagreements, frustration and discord that happen during adolescence. Putting energy and care into the relationship with their child now, when it’s difficult, may result in the child choosing to have a relationship with them later in life, when it’s optional, Solmonson explains.

She urges parents, “Don’t let the conflict destroy the relationship. Conflict is inevitable and will always happen. Take a step back, [think of the big picture] and prioritize the relationship.” 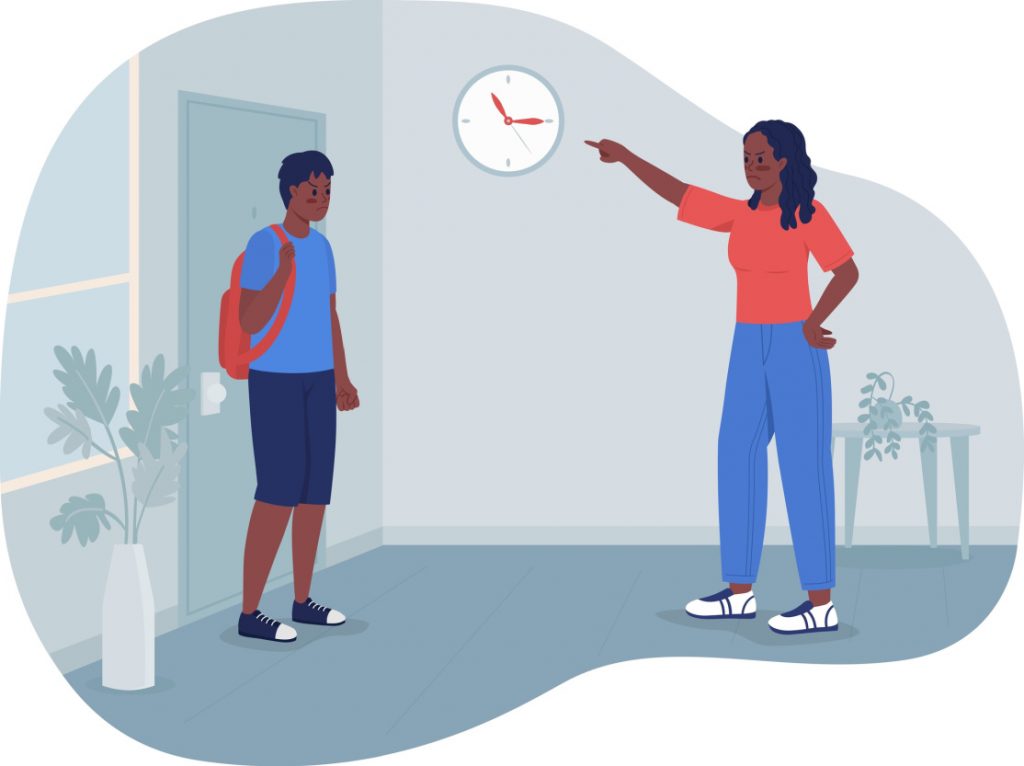 Bethany Bray is a senior writer and social media coordinator for Counseling Today. Contact her at bbray@counseling.org.