“When you catch yourself slipping into a pool of negativity, notice how it derives from nothing other than resistance to the current situation.”

I recently took on several home improvement projects. With a contractor hired, my home became a construction site for two weeks. I had pined over the built-in bookshelves, cabinets and window seat for so long that the books I had selected to place on the shelves were now in their second editions. Sawdust, spackle, paint and trips to the local hardware store became my new normal, but the inconvenience and chaos would all be worth it in the end. I had even thrown in a bathroom update project for my guest bathroom that had lain dormant since the 1980s. A new sink, faucet set, medicine cabinet and light fixture updated the look, especially after the dated tile backsplash was removed, spackled and painted. What a tremendous difference a light facelift can provide to the appearance and feel of a room. The final day arrived when I paid my contractor and began the arduous cleanup from two weeks’ worth of construction.

With everything clean, I stood back and admired my new built-ins. I imagined what the custom pillow that was being sewn would look like when put in the window seat. I longed to place the books on the shelves and board games in the cabinets. However, the paint needed to cure (according to our contractor), so there would be no decorating for at least two weeks lest we put dents in the freshly painted built-ins.

With a sigh (both of satisfaction and impatience), I took my admiration to the guest bathroom. It was so crisp with its new white marble sink and designer brushed nickel faucet against the blue walls. The large framed mirror (also brushed nickel) boasted ample storage in the cabinet. The three-sconce light tilted upward, shining new LED lights against the clean white ceiling. So classic and fresh: Blue and white, brushed nickel … and chrome? The glare from the chrome towel bars was blinding. I adjusted the towels a bit to cover the shiny finish. Unsuccessful, I turned the lights off, and then on again, to see if it had been just a momentary glare. Much to my frustration, however, the brash incongruence from all of the chrome accessories now looked painfully hideous.

OK, no worries. I would simply buy new towel bars and a toilet paper holder in a brushed nickel finish. My contractor was already on to a project for another client, but how hard could it be to replace these items myself? I would buy the same exact sizes, remove the old bars and slap the shiny new brushed nickel bars over top. Simple!

Those of you who have engaged in home improvements of any type know there are fundamental rules that govern this process:

1) Rarely are things as simple as they look.

2) It usually takes longer than planned.

3) It typically costs more than planned.

My simple project was no exception. As I removed the surface mounts, I noted huge holes left in the wall from previously removed toggle anchors. No worries. I would just put the new mounts over top and cover up the blemishes. No such luck. The positioning of the new towel rods exceeded the length of the previous mounts. Therefore, the mounts needed to be moved roughly 1.5 inches out from the original point. This resulted in the need to spackle the old sites and sand, measure, level and drill new holes for the new mounts.

Really? All I wanted to do was craft a quick little facelift for my guest bathroom. Now I was going to have to set aside time to plan the project, identify and collect the needed tools, and actually do the work! Furthermore, I would need to find the leftover paint or attempt to match the color. Frustrated, I went down to the basement where the tools hibernate. I collected my power drill, level, Allen wrench set, Phillips and straight-head screwdrivers, spackle paste and applicator, sandpaper and (low and behold) a can of matching blue paint for the touch-ups.

Armed with the tools, I went back up to the bathroom, laid out my tools and unfolded the instructions. Taking a deep breath, I accepted the situation, committed to the project and started the work.

Acceptance and commitment therapy (ACT), developed largely by Steven Hayes in the 1980s, is a mindfulness-based behavior therapy that assumes the normal human experience includes destructive patterns that results in psychological suffering. ACT, based on empirical study, emphasizes values, forgiveness, acceptance, compassion, living in the present moment and accessing a transcendent sense of self.

According to Russell Harris in his article “Embracing Your Demons: An Overview of Acceptance and Commitment Therapy,” the goal of ACT is to “create a rich and meaningful life while accepting the pain that inevitably goes with it.” Suffering and symptoms are not labeled and targeted for reduction. Often, it is our pathologizing of thoughts, behaviors and experiences that leads to attempts at symptom reduction or elimination. This pattern often results in disordered behavior — and the cycle continues.

The aim of ACT is to transform our relationship with our difficult thoughts, feelings and experiences in a way that normalizes the experience. The byproduct of acceptance appears to be — wait for it — symptom reduction.

For example, I recall working with a young client who had been experiencing some discontent in her relatively new marriage. She described her husband as “immature and a hermit.” She then went on to discuss how excited she was about a new work project that was challenging, social … and attached to a handsome, charismatic project leader who “commanded the attention of everyone in the room.”

The client initially denied her attraction to this co-worker and the role it played when viewing her less-than-perfect spouse. Once she was able to lean in to her feelings for the co-worker and assess the deeper meaning around her attraction, she recognized that she resented her younger husband who had always relinquished his power to her. He liked being taken care of, and she resented not having an equal partner. Armed with this revelation, the client was able to focus on her marital dissatisfaction in couples counseling rather than avoid it with the studly distraction at work.

ACT interventions emphasize two main processes. The first is to develop acceptance of situations that are out of our control. Devoting energy and time to that which we have no control over is futile. The second is to commit to engaging in activities that cultivate living a valued and meaningful life. Again, there is emphasis on identifying that which is worthy of our efforts and energy.

Furthermore, there are six core principles that guide the processes.

Clients often present an earnest desire to be pain free. We can assist them in reframing their understanding that the discomfort they are experiencing (which may be paralyzing) is a participant in their journey. It is the fear of this discomfort (anger, sadness and depression) and the desire to avoid it that creates greater angst. When we lean in to the situation, accept that it may be difficult and, during some parts, even unpleasant, we allow emotional space to engage in getting the work done! In other words, one can feel uncomfortable and still survive — even thrive and accomplish goals.

Therefore, taking a bit of my own advice, I rolled up my sleeves, grabbed a drill and proceeded to hang my new towel bars. Once I was able to accept the temporary discomfort of engaging in this project, I was able to commit the effort required to complete it. The mess, previously underneath the shiny new mounts, had been carefully and completely tended to, allowing my new towel racks to hang solidly and sturdily, ready to take on their purpose: to hang my new bath towels. 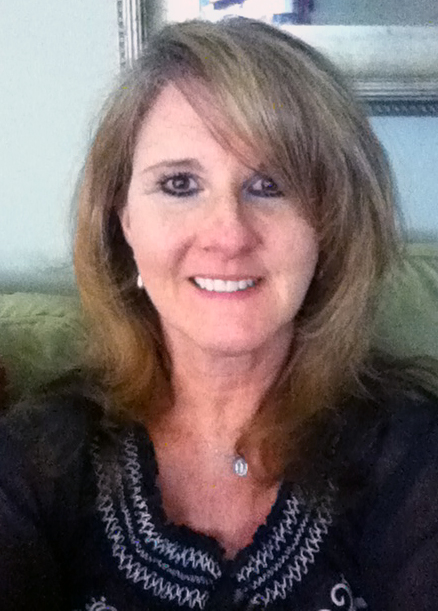 Cheryl Fisher is a licensed clinical professional counselor in private practice in Annapolis, Maryland, and a visiting full-time faculty member in the Pastoral Counseling Department at Loyola University Maryland. Her current research examines sexuality and spirituality in young women with advanced breast cancer. She is currently working on a book titled Homegrown Psychotherapy: Scientifically-Based Organic Practices, of which this article is an excerpt. Contact her at cy.fisher@verizon.net.